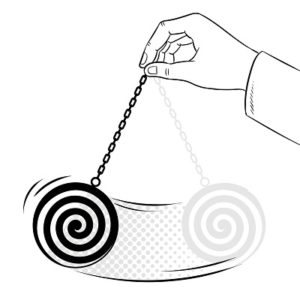 The Berkheimer holding has the potential to swing the pendulum favorably back for software patents.  In particular, the patent allowance rates for software inventions could rise significantly from the low levels they are at now.  The Berkheimer holding sounds innocuous but the ramifications are significant.  In particular, Berkheimer stands for the proposition that patent eligibility analysis can include questions of fact.  Because of this, it makes it harder for the examiner to reject a claim of a patent application as being ineligible for patent protection.  It also makes it harder for the defendant or alleged infringer to ask the court to dismiss the lawsuit for failure to state a claim (i.e., Rule 12(b)(6)).

The low allowance rate for software invention started in 2014 when the courts decided Bilski, Alice and Mayo which opened up Pandora’s box.  Since then, the patenting community (e.g., USPTO, inventors, businesses, Federal Circuit) have been adjusting to the new normal.  These cases dealt with the issue of which types of inventions should be eligible for patent protection as a threshold issue.  It was not addressing whether the invention was new and nonobvious which have been the predominant issues before Bilski, Alice and Mayo.

Recently, in Berkheimer v. HP (Case No. 2017-1437, February 8, 2018), the Federal Circuit (i.e., 3 judge panel) held that the eligibility analysis can includes questions of fact in the second step of the Mayo/Alice framework. From this, the Federal Circuit vacated the district court’s grant of summary judgement that the claims were ineligible for patent protection under § 101. On its face, the holding of the court sounds innocuous enough but the ramifications are significant.  Berkheimer has the ability to swallow up most of the negative effects of the current patent eligibility analysis.  In other words, allowance rates for software inventions could rise again.

The defendant in Berkheimer requested an en banc hearing (i.e., rehearing by the full panel of judges at the Federal Circuit).  En banc hearings are granted for:

(a) Necessity of securing or maintaining uniformity of decisions;

(b) Involvement of a question of exceptional importance;

(c) Necessity of overruling a prior holding of this or a predecessor court expressed in an opinion having precedential status; or

(d) The initiation, continuation, or resolution of a conflict with another circuit.

On May 31, 2018, the Federal Circuit denied the request for an en banc hearing but in denying the en banc hearing, a multi dissent opinion was rendered which provided insight into how the judges think that the Berkheimer decision might affect examination at the USPTO and also during litigation.

The majority of the judges that denied the en banc hearing did so for the following reasons.  35 USC 282(a) places the burden to show that the patent claim is not patent eligible.  Rule 56 of civil procedure requires that summary judgement be denied if there is a genuine dispute of material fact.  In the second step of the Alice/Mayo framework, the court looks to whether there is an inventive concept.  If the identified inventive concept is “well understood, routine, and conventional” to a skilled artisan in the relevant field, then the identified inventive concept does not transform the patent claim into one that is eligible for patent protection.

In Berkheimer, a genuine dispute of material fact.  In particular, whether the claim limitation of a “one to many change” was well known, routine or conventional.  The defendant’s only evidence was an expert witness’ testimony that such limitation was a known function.  The Federal Circuit made a distinction that even though a function is known, it does not mean that it is a well-known function.  Hence, there was a genuine dispute of material fact of whether such limitation was well known.

How does this arise?  Patent drafters use language to broaden up the patent specification.  For example, they might say that two parts might be attachable with an adhesive or mechanical fastener or other attachment mechanisms known in the art.  Unfortunately, by using the phrase “known in the art,” it could raise issues as to whether the specific fasteners mentioned in the patent specification is well known.  Patent drafters should reevaluate those broadening types of language when drafting a specification.  Simply put, you may want to consider not using those types of language.

USPTO memorandum on changes to examination procedure based on Berkheimer

On April 19, 2018, the USPTO published a memorandum explaining changes in examination procedure pertaining to subject matter eligibility in view of the Berkheimer decision.  The primary focus on the memorandum dealt with the issue of when an examiner could state conclude an element is well known, routine or conventional.

In particular, the examiner can conclude that a limitation or element is well known, routine or conventional if the “examiner can readily conclude that the element(s) is widely prevalent or in common use in the relevant industry.”  For example, if the element is so well known that it doesn’t need to be described in the patent specification then it is well known, routine and conventional.

The above description is a brief description of the ways that the examiner can find an element to be well-known, routine or conventional.  Read the full memorandum especially if you are responding to a rejection based on patent eligibility under § 101.

If Berkheimer is a significant case to swing the pendulum in favor of software patents, then the real fight will be on the standard for determining whether something is well known, routine or conventional.