You are here: Home / Responding to Office Actions / Broadest reasonable interpretation does not mean broadest

During the examination of a patent application, the patent examiner reviews the claims to determine whether the claimed invention is novel and non-obvious in light of the prior art or existing technology. In order to review the claims, the examiner interprets the claim limitations and attributes the broadest reasonable interpretation to each of the claim limitations. However, the standard for what is reasonable may be different between the examiner and the applicant.

In In re: Man Machine Interface Technologies LLC (Fed. Cir. 2016), the examiner and the applicant disagreed as to what the broadest reasonable interpretation for the phrase “adapted to be held by the human hand” should be. The patent at issue was directed to a remote control device for making selections on a television or computer screen. Below is a diagram taken from the patent which illustrates the inventive device. 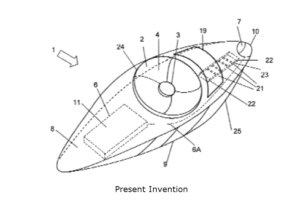 The examiner construed the phrase too broadly to include various “’forms of grasp or grasping by user’s hand,’ such as the grasping of the mouse disclosed in JP ’634.” See the diagram below of JP ’634. 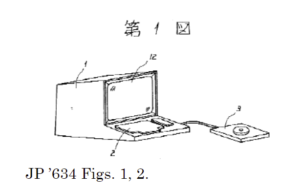 In reviewing the case, the Federal Circuit noted that the cited prior art is a desk-bound device and the claimed invention is a handheld device. The specification of the patent expressly distinguishes between these two different types of devices. The Federal Circuit reasoned that “the broadest reasonable interpretation of the claim term cannot be so broad as to include a configuration expressly disclaimed in the specification.”  The court was referring to the deskbound remote shown in the JP ‘634 reference.

The Federal Circuit defined the phrase “adapted to be held by the human hand” to mean “designed or made to be held by the human hand.” The proper understanding of the “adapted to” phrase would not include gripping a desk-bound device such as that disclosed in the JP ’634 reference. The Federal Circuit reemphasized that the broadest reasonable interpretation (BRI) is not the broadest construction, but rather the broadest reasonable construction in light of the specification.