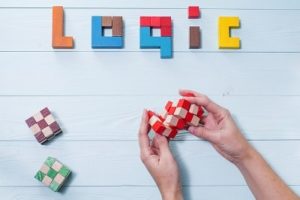 In D’Agostino v. MasterCard International (Fed. Cir. 2017), the limits of what is the broadest reasonable interpretation of a claim limitation are explored.  In this case, if the interpretation is illogical based on the claim structure, the patent specification, and the file history, then the interpretation would be unreasonably broad.

MasterCard petitioned the United States Patent and Trademark Office (USPTO) to institute an Inter Partes Review of two patents owned by the patent owner, namely, D’Agostino. The Inter Partes Review is a proceeding requested by a third party (e.g., MasterCard International), typically a defendant or an accused patent infringer requesting the USPTO to determine if the patent is still valid based on prior art references brought forward by the third party.  The goal of the third party through the IPR is to invalidate or narrow the claims of the patent sufficiently so that the third party does not infringe on the patent and thus avoids patent infringement liability.

In this case, the Patent Trademark and Appeals Board (PTAB) held that based on the PTAB’s claim interpretation, the patent claims under review were invalid for either being anticipated or obvious in view of two cited prior art references submitted by MasterCard. D’Agostino, the patent owner,  appealed the PTAB decision arguing that the PTAB was attributing an unreasonably broad interpretation to the language of the claims.

Upon review of the PTAB’s decision by the Federal Circuit, the court held that the interpretation of the claim given by the PTAB was an unreasonably broad interpretation and remanded the case back to the PTAB for further consideration based on the new claim construction.

In particular, the patents involved in the Inter Partes Review were directed to methods for effectively securing credit card purchases by minimizing merchant access to credit card numbers. The primary limitation in the method claim at issue in the claim was the “single merchant” limitation.

The Federal Circuit explained that:

Based on (1) the structure of the claim language, (2) the description of the invention in the patent specification and (3) the prosecution file history where distinctions were made between the invention and the cited prior art, the Federal Circuit concluded that the single merchant limitation could not include a situation where the single merchant was a chain of stores such as Target wherein access and the identification of the chain of stores occurred at the same time, as construed by the PTAB.

Logically speaking, the court explained that:

An argument that the interpretation under a broadest reasonable interpretation standard is unreasonably broad is a difficult argument to win. However, in some situations, the patent owner may want to retain the language of the claims for one reason or another. In a post-grant proceeding such as an Inter Partes Review, the patent owner is most likely accusing the third party that petitioned for the Inter Partes Review of patent infringement. It may be beneficial for the patent owner to retain the original claim language as specified in the patent instead of amending the claims because the amendment might significantly narrow the claims and allow the third party to avoid patent infringement liability.

D’Agostino was in the content of a post-grant proceeding.  However, during the examination of a patent application (i.e. pre-grant applications), it is significantly more difficult and more expensive for the patent applicant (i.e., inventor or patent owner) to win an argument that the examiner’s interpretation is unreasonably broad under the broadest reasonable interpretation standard.  Instead of arguing whether the broadest reasonable interpretation is unreasonable, it is generally less expensive and easier to amend the claim language so that the unreasonably broad interpretation by the examiner cannot be attributed to the amended claims.   Of course, such narrowing must be done with care to minimize any downstream negative impact on the scope of the claims.