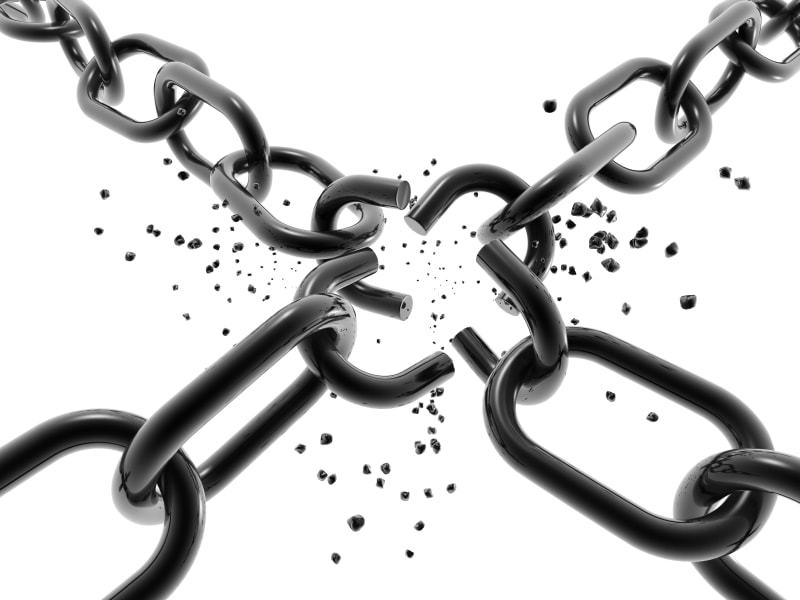 The patent statute (35 U.S.C. § 120) allows a later filed patent application to claim the benefit of an earlier filing date in the United States, if among other requirements, “it contains or is amended to contain a specific reference to the earlier filed application … submitted at such time during the pendency of the application.” (Emphasis added).  Additionally, the “specific reference” requirement mandates “each [intermediate] application in the chain of priority to refer to the prior applications.”  Encyclopedia Britannica, 609 F.3d 1345, 1352 (Fed. Cir. 2010).

The patent owner also pointed to the Macdermid Printing case wherein the claim of priority failed to use the words “claims the benefit of” as recommended by the USPTO but yet the court found the claim of priority to be effective.  The Federal Circuit distinguished that case from the present dispute in that the Macdermid Printing case had a proper priority claim except that they did not use the magic words.  In the present case, the patent owner failed to identify the prior applications and their relationships.

Under current patent laws and rules, the claim of priority does not have per se magic words that must be used.  However, each of the patent applications in the family must have a proper priority claim continually linking it to the earlier applications in the chain, not just the patent at issue.  Moreover, since the passage of the America Invents Act, patent attorneys appear to be using the Application Data Sheet provided by the USPTO.  The Application Data Sheet includes a section for claiming priority and greatly simplifies the process.  As such, we should not see many of these types of disputes for patent applications filed under the America Invents Act.

I invite you to contact me with your patent questions at (949) 433-0900 or [email protected] Please feel free to forward this article to your friends. As an Orange County Patent Lawyer, I serve Orange County, Irvine, Los Angeles, San Diego, and surrounding cities.