Inventors often ask me whether they can get a patent on their invention. After reading this article, you should be able to determine for yourself if your invention can be patented.

This article focuses on the legal requirements for utility patents.  Design patents have a similar standard but are slightly different, as explained in the last section.

Let’s dive deeper into each of the four requirements. 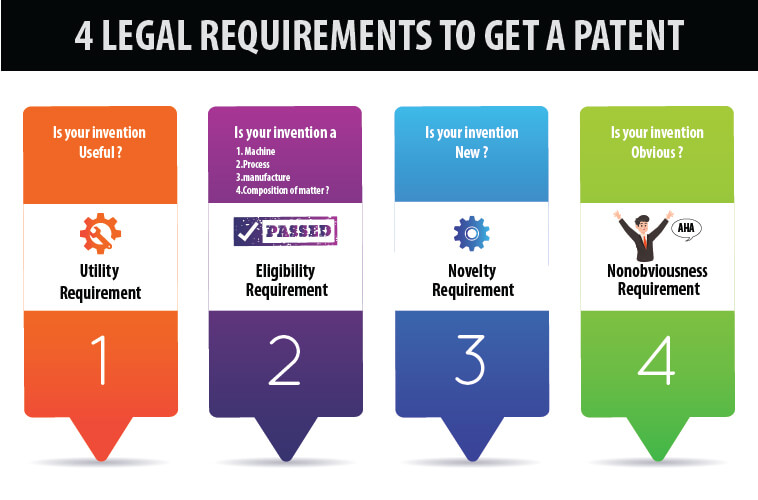 1. Utility Requirement: Invention must be useful

The courts have construed these categories very broadly.  Most inventions fit within one of the four different categories.

However, one major caveat is that some ideas are not eligible for patent protection if they are directed to a result only.  Many prospective clients tell me that they have an idea and want to get a patent.  For example, they say that they “want to build homes for the homeless and get a patent on that idea.”  Unfortunately, you cannot patent this idea because the idea is a result or goal.  These types of results or goal types of ideas cannot be patented.  However, if the idea is a specific machine that helps build homes for the homeless (e.g., a 3d printing machine), then the particular device can be patented.

A machine is an apparatus or a group of assembled components that achieves a result.  Examples of a machine would be a computer, a car, and a desk.

These four categories are broadly defined.  As such, most inventions qualify or are eligible for a patent.

Watch the following video to know if your idea is an abstract idea.

The U.S. standard for what is eligible for patent protection is broad.  Foreign countries also have a broad definition of what is patentable, but there are nuanced differences.

For example, in software, the USPTO allows claims that are directed to a non-transitory storage medium, whereas some foreign countries do not.  They prefer claims directed to a computer system.  The U.S. allows claims for medical procedures on people.  Other foreign countries do not.  If you are interested in foreign patent protection, you need to let your patent attorney know. He or she should write the patent application with foreign patent laws in mind.

3. Novelty Requirement: Is the invention novel?

Other foreign countries do not allow for any disclosure of the invention before filing the patent application.  Those countries are known as absolute novelty countries.

Do a patent search to determine novelty

You can have a patent search conducted by doing it yourself.  I suggest searching the internet first.  Google indexes everything.  Next, the USPTO publishes a 7-step process for conducting your own patent search.  To learn about the pros and cons and the benefits of a patent search, read Chapter 3 of my book: Conducting a Novelty Search.

You can also have a third-party search for you.  For example, Clarivate offers services for a patent search.  WashPat also conducts a patent search service.

You can also have a patent attorney search for you.  Most likely, the patent attorney will be using a third-party service such as Clarivate or WashPat.  The benefit of hiring a patent attorney is that he or she will define the invention for you. He or she will also search for the right aspects of your invention.  In my experience, when inventors go directly to a third-party service, they sometimes search for the wrong thing.  If this were to happen, the search would be useless.  Also, to get everything, they include so much that the point of novelty of the invention gets lost.

To conduct a patent search properly, you need to define the point of novelty of the invention.  The point of novelty is a specific method step, the relationship between parts or configurations that does not exist.  For example, a new machine that has a lot of known features is not necessarily new because all of those features were previously known.

An easy way to figure out the point of novelty is to work backward from the benefit of the invention.  For example, imagine you traveled back in time before airplanes.  If you had invented the airplane, then you would identify the benefit.  The benefit would be flight or travel without touching the ground.  Now, what is it about airplanes that enables one to achieve flight?  That would be the wings and airfoil which provide the vertical lift to the airplane. 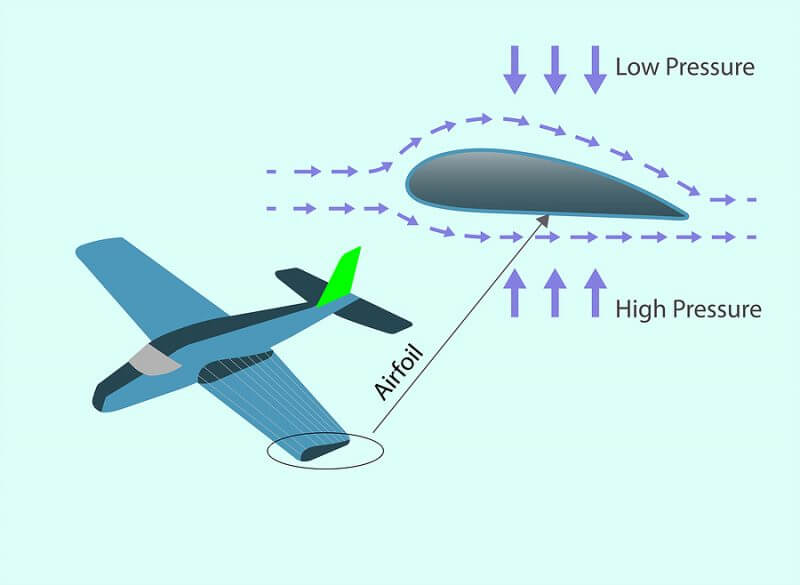 Ah-ha!  The point of novelty would be the wings and airfoil.  A proper patent search would search for wings, airfoils, and the like.  If not, the entire search for a basic concept of flight would be fruitless.  Well maybe not fruitless but it would be less useful.

Likewise, as you view your invention, think about whether it is achieving something new.  Does it make something faster, cheaper, easier to manufacture, etc.?  If so, then you have a new invention.

Identify the benefit of the invention. How does the invention make something faster, cheaper, or easier? Is it a new method of assembly, a new tool, a new structure, etc?  What are the design constraints of the device or method that enables the unique benefit?  Search for these things.

4. Nonobviousness requirement: Is the invention non-obvious?

Here is the reason the Patent Office only grants patents on nonobvious inventions.

Now, what is nonobvious?  The problem with trying to decide what is obvious or nonobvious is that everyone will have a different standard.  Have you ever come up with an idea and shared it with someone only to hear “that was obvious”?  For that person, your solution might have been obvious.  However, the test is not whether your friend thinks that it is obvious.  The standard is whether the invention is obvious to a person of ordinary skill in the art (PHOSITA).  The court set up this fictitious person (PHOSITA) to determine whether the invention is obvious.

The use of a fictitious person is not uncommon in law.  For example, the criminal legal system sets up a fictitious person too.  They call him a reasonable person.  The difficulty is that everyone thinks that they are reasonable when they might not be reasonable.  Likewise, all examiners probably believe that they are of ordinary skill.  Hence, when an invention comes by their desk that appears to be too simple, they may reject it because the invention is obvious to them.

To mitigate against personal bias, the courts have set up elaborate rules to determine whether the invention is obvious to a person of ordinary skill in the art.  For example, if a combination of old things requires a significant redesign, the combination is not obvious.  Moreover, if one of the references teaches away from the combination of two references, then it is nonobvious.

Even if your invention meets all four requirements and can be patented, you need to do more work before retaining a patent attorney.  Otherwise, you might end up wasting a lot of time and money.  For example, you should establish proof of concept, proof of market demand, and the size of the market for the invention.  Otherwise, even if you could get a patent on the invention, the patent wouldn’t be worth much.  You won’t make any money on it. Without proof of concept, you don’t know if it functions. Without a large market size and evidence of market demand, you don’t know if you will make enough money.

Can I patent my design?

The requirements for getting a design patent are identical to utility patents except that the ornamental requirement replaces the utility requirement.

If you need help determining whether your invention can be patented, please contact me for an initial consultation.