An office action is a written document from the USPTO rejecting the patent application or requesting additional information or documents.

A factor in analyzing obviousness Obviousness is based, in part, on the path a person having ordinary skill in the art (PHOSITA) would have taken based on the prior art, and not the path the inventor actually took. In the following case, the patent owner took a commonly known path to produce a stable version of a known drug compound but in taking that path created a new … END_OF_DOCUMENT_TOKEN_TO_BE_REPLACED

Meiresonne v. Google (Fed. Cir. March 7, 2017) stands for the proposition that a proper teach away argument to defeat of obviousness rejection requires a discussion in the prior art of more than just a preference away, disparagement or being critical of the combination suggested by the examiner to make the claimed invention. A proper teach away argument requires that the prior … END_OF_DOCUMENT_TOKEN_TO_BE_REPLACED

Summary A proper rejection on obviousness requires that the examiner show how one of ordinary skill in the art would have been motivated to combine two or more prior art references to make the claimed invention. In Personal Web Technologies v. Apple (Fed. Cir. 2/14/17), the Federal Circuit held that the Patent Trial and Appeal Board (PTAB) failed to explain why a relevant … END_OF_DOCUMENT_TOKEN_TO_BE_REPLACED 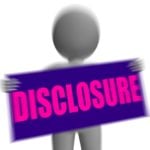 For an examiner to reject a claim based on anticipation, each and every limitation must be found either expressly or inherently in a single prior art reference. An anticipation rejection is a rejection where the examiner is of the opinion that the claimed invention is not novel.  However, the United States Patent and Trademark Office (USPTO) has taken a liberal approach to … END_OF_DOCUMENT_TOKEN_TO_BE_REPLACED

Basic facts In D’Agostino v. MasterCard International (Fed. Cir. 2017), the limits of what is the broadest reasonable interpretation of a claim limitation is explored.  In this case, if the interpretation is illogical based on the claim structure, the patent specification and the file history, then the interpretation would be unreasonably broad. MasterCard petitioned the … END_OF_DOCUMENT_TOKEN_TO_BE_REPLACED

In Arendi v. Apple (Fed. Cir. August 10, 2016), the Federal Circuit held that the use of common sense during examination of a patent application is permitted with at least three caveats. To the layperson, this statement may sound strange. In the law, words are defined and have different standards to determine if the facts meet the definition.  Obviousness has a legal … END_OF_DOCUMENT_TOKEN_TO_BE_REPLACED

During examination of a patent application, the patent examiner reviews the claims to determine whether the claimed invention is novel and non-obvious in light of the prior art or existing technology. In order to review the claims, the examiner interprets the claim limitations and attributes the broadest reasonable interpretation to each of the claim limitations. However, the … END_OF_DOCUMENT_TOKEN_TO_BE_REPLACED

I.  Generic Obviousness Rejection Showing that a prior art reference teach away from a particular combination suggested by an examiner is a way to show the non-obviousness of the invention. During patent prosecution, an examiner may cite two or more references, the combination of which in the examiner opinion makes the inventor’s claimed invention obvious, and thus … END_OF_DOCUMENT_TOKEN_TO_BE_REPLACED