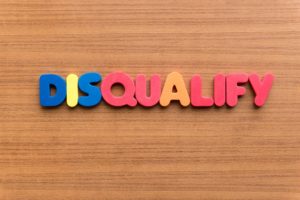 An IPR refers to an inter partes review.  The IPR is an administrative proceeding before the Patent Trial and Appeal Board (PTAB) of the USPTO in which a petitioner can request claims of a patent be invalidated to avoid patent infringement liability.  The petitioner is normally a business competitor to the patent owner wherein the patent owner has alleged patent infringement.  Under SAS Institute, Inc. v. Iancu (S. Ct. 2018), all challenged patent claims by petitioner must be included in the IPR if the single claim threshold is met.

In my opinion, the IPR is a preferred venue to challenge the validity of the patent.  One reason is that the IPR allows the alleged infringer to argue for the “broad reasonable interpretation” of the terms of the patent claims.  With the broadest reasonable interpretation (BRI), the claims are read broadly, and thus the prior art references are more likely to invalidate the patent claims based on a lack of novelty and obviousness.

All challenged patent claims must be instituted in IPR, no partial institution

In SAS, the issue before the Supreme Court was whether the PTAB could institute an IPR on some but not all of the claims identified in the petition for IPR by the petitioner.  Before SAS, PTAB would be able to pick and choose which claims would be considered in the IPR under the power of a USPTO regulation “partial institution.”  In SAS, the Supreme Court held that the PTAB did not have the power of “partial institution.”  The USPTO has already issued its Guidance on the impact of SAS on AIA trial proceedings.

Before SAS, the alleged infringer could only take advantage of the IPR proceeding for those patent claims that the Board instituted.   The petitioner would petition the Board to cancel as unpatentable 1 or more claims of the patent by identifying the claims, providing grounds that the identified claims are not novel or obvious and submitting the evidence supporting the challenge.  The patent owner would then argue why no IPR should be instituted.  If the petitioner was successful in convincing the Board that at least 1 claim (i.e., single claim threshold) would be invalidated, then the Board could pick and choose which claims of the patent should be a part of the IPR. “The Director did all this on the strength of a Patent Office regulation that purported to recognize a power of “partial institution.”

The majority opinion written by Justice Gorsuch disagreed.  In fact, the majority opinion stated that proper statutory construction begins with the language of the statute.  Based on the language of the IPR statute, partial institution was not found anywhere.  As for the efficiency argument, the majority opinion indicated that the agencies should make regulations based on the statute as written and not based on policy.  Congress makes the laws based on policy and that the policy making discretion is not within the purview of the agency.  Also, agency deference under Chevron is given only if the meaning of the statute cannot be discerned after employing traditional tools of statutory construction. As discussed in the opinion, the meaning of the statute was easily discerned.

The SAS opinion makes an IPR an even more attractive vehicle for challenging the validity of a patent.  Before SAS, the alleged infringer had to hope that the Board would institute the IPR for the claims (i.e., problematic claims) they thought they were most likely to infringe.  After SAS, the alleged infringer is given complete control over which claims are considered in the IPR so long as the single claim threshold is met.