Check inventions with a patent attorney before discarding it as obvious 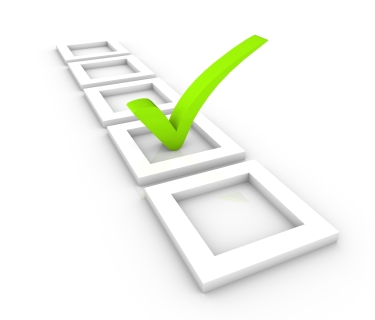 In determining patentability of a claim which defines the scope of your invention, two major hurdles must be overcome, specifically, the invention must be (1) novel (i.e., new)  and (2) non-obviousness.  Novelty is fairly easy to establish.  Novelty exists if all of the elements of the claimed invention are not disclosed in a single reference.  If so, then the claimed invention is novel.  The non-obviousness hurdle is harder to overcome since several references can be combined and/or modified.  Also, the standard by which one determines non-obviousness is not as clear cut as the standard for determining novelty, in part because the reasons for modifying and combining references are often disputed.

The Federal Circuit acknowledged that its own case law and the KSR decision not only permitted but required broader consideration of common knowledge and common sense.  The obviousness determination is not made in a vacuum within the TSM test looking only at particular references.

Randall Mfg v. Rea (Fed. Cir. 2013) illustrates an example where the Patent Trial and Appeal Board focused too narrowly on the cited prior art made of record and failed to consider extensive references showing why one of ordinary skill in the art would have been motivated to combine or modify the cited references to arrive at the claimed invention.

In Randall, a competitor asked the Patent Office to invalidate a patent in an inter partes reexamination. The patent at issue in Randall was directed to movable bulkheads for partitioning cargo space in a shipping container.  The claims required the bulkheads to be capable of being raised and stowed up near the ceiling.  The closest four prior art references stowed the bulkheads to the side.  The Patent Trial and Appeal Board looked at only the four cited references and held that there was no motivation to modify those four references so that the partitions would be stowed up near the ceiling.  The Board reasoned that the physical impediments in doing so and the cross purposes of the four cited prior art references avoided a finding of obviousness.

The Federal Circuit vacated the board’s decision and remanded for further consideration based on a view that the Board failed to consider extensive evidence that it was well known to stow the partitions up near the ceiling and that any impediments could have been easily overcome by one of ordinary skill in the art.  In short, the Board should not have focused only on the four references being asserted but should have considered the broader knowledge in the field, specific knowledge that it was common to stow partitions up near the ceiling.  The Federal Circuit remanded the application to the board for further consideration.

This case illustrates the difficulty in accurately predicting the validity of a patent claim or the obviousness of an invention.  The Board believed that the invention was not obvious even though it had the same evidence that the Federal Circuit had.  The Federal Circuit believed that the Board failed to properly consider other evidence going towards obviousness and thereby vacated the Board’s decision and remanded the case.  Because of the difficulty in predicting patentability, inventors should check with a patent attorney whether the invention is or is not patentable or obvious before discarding it.