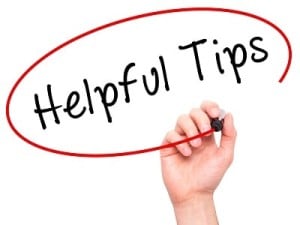 Collateral estoppel is a legal rule that protects a party from having to litigate issues that have already been fully and fairly tried in a previous action and adversely resolved against a party-opponent.  This rule can work against the patent owner or the defendant during litigation.

In general but not always, collateral estoppel works against the patent owner and helps the alleged infringer.  For example, if a term in a patent claim being asserted by the patent owner has already been construed by a court in prior litigation, then the patent owner cannot contest the correctness of the claim construction of the patent claim in a subsequent patent litigation against the same defendant.  This was the case in Nestle USA, Inc. v. Steuben Foods, Inc. (Fed. Cir. March 13, 2018).  It is also true for a different defendant which was not a party to the original litigation.

The patent owner must accept the claim construction that was previously determined by the court.

The Federal Circuit vacated the Board’s construction of “aseptically disinfecting” and construed it to mean “FDA level of aseptic.”

The complexity of collateral estoppel increases because collateral estoppel transcends the current patent when the patent is a part of a portfolio of patents.  For example, if a patent portfolio is being developed for a particular technology through the filing of one or more continuation, divisional and continuation-in-part patent applications, then the identical claim terms across the related patents that are subject to collateral estoppel.  If the patent owner litigated one patent against a defendant, then the arguments and words used to define the terms of the patent claim in that patent will be applied to the identical claim terms across the related patents in the family.

The ramification of the Nestle opinion is that the patent litigator needs to be cognizant of the ramifications of the arguments being presented and how it affects the patents in the portfolio for similar claim terms.