You are here: Home / Patent Infringement / Patent Damages / When are damage calculations based on EMV rule? 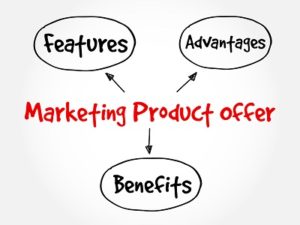 Damage calculations for patent infringement are based on an apportioned value of the patented feature to the overall accused product.  Damages can be based on the entire market value which would increase the damages calculations.  However, the patent owner has a satisfy a high bar before being allowed to do so.

Entire Market Value Rule if other features did not influence

Damage calculations based on the entire market value is appropriate only if the patent owner can show that the patented feature was the sole driver of customer demand or substantially creates the value of the component parts.  Or, if the patented feature alone motivates customers to purchase the infringing product in the first place.  The patented feature cannot just be “essential” to many customers.  In Power Integrations, Inc. v. Fairchild Semiconductor (Fed. Cir. July 3, 2018), the Federal Circuit raised the standard by stating that the patent owner must show that the other features did not influence purchasing decisions.

The Federal Circuit set the bar very high before damage calculations are based on the entire market value of the overall accused product and not just the apportioned value of the patented feature.

In Power Integrations, the patent owner (Power Integrations) and the infringer (Fairchild) both manufactured and sold power supply controller chips (i.e., accused product).  These chips are used in power supplies, such as chargers for electronic devices.  To improve energy efficiency, these chips would regulate the power with a switching regulator. Prior art switching regulators would skip on/off cycles in some instances which would create a loud noise and provide intermittent power.  The patented feature was for a switching regulator that would reduce the frequency of on/off cycles rather than skip cycles.

The patent owner argued that damage calculations for patent infringement should be calculated based on revenues generated by sales of the power supply controller chips (i.e., overall accused product), not just the switching regulator (i.e., patented feature) of the power supply controller chips.  In order to show that damage calculations should be based on the entire market value, the patent owner showed that the patented switching regulator was “essential to many customers, as it allowed the products to meet the federal government’s Energy Star program.” (emphasis added).

Evidence for Damage Calculations based on EMV Rule raised higher

The power supply controller chip is a multi-component product.  The chips had multiple features which customers were looking for.  During litigation, the patent owner and the infringer agreed that the accused infringing chips had other valuable features.  For example, jittering was also an important feature in these types of chips.

The Federal Circuit describe the entire market value rule as “a demanding alternative to our general rule of apportionment.”  It certainly is and it appears that they have made it even more.

In my opinion, by having to further prove a negative (i.e., did not influence), the Federal Circuit may have set the bar so high that it would be very difficult to secure damage calculations based on the entire market value of the overall accused product.

How do you prove a negative?  What percentage of consumers must have been not influenced by the other features?  100%, 99%, etc.  How about aesthetics, fit and feel or other non-patented features?  How many products do we buy just because of one feature?  Not many.  What happens if the patent owner advertises that the product has many benefits, one of which is the patented feature?  These are all issues that need to be resolved in future litigation but leaves open many ways for infringers to argue for a lower damage calculations.

This would be an easy claim drafting exercise to do.  Many laypeople or inventors may believe that this is just semantics.  However, the words of the claims matter.  My mentor used to say that in patents, everything begins and ends with the claims.

The downside to switching up the claim’s focus from switching regulator to power supply would be that it limits the number of competitors could infringe the patent.  Only sellers of power supplies could infringe the patent.  Switching regulators might be employed in several applications other than just power supplies.  A claim directed to power supplies could not be used to sue others that make and sell those other types of products, just power supplies.  In Power Integration’s case, this may not have been significant because damages were calculated at $140 million for the overall accused product.