Disneyland is the happiest place on earth. The park uses new and cutting-edge patented technology to enhance the visitors’ experience. Once you enter the theme park, it seems as if you have stepped into another reality. Disneyland has taken this ‘alternate reality theme to the next level. 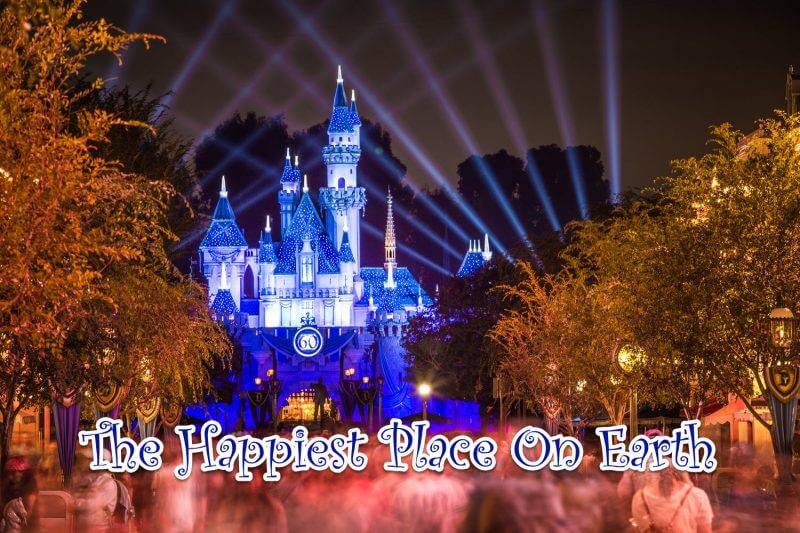 The park has just been granted a patent which allows them to create an entire virtual world from the park visitor’s perspective. This is a step ahead of the traditional augmented reality and VR glasses.

Where will the technology first be implemented?

The Disneyland theme park, located in Anaheim, California, is reported to be the first Disneyland where the new technology will be implemented. The Anaheim location is famous because it is home to some of Disneyland’s most awe-inspiring structures and rides. The park has been divided into large sections such as Tomorrowland, Frontierland, and Fantasy land, with each area having its designated theme and style.

However, Disney will be taking things to a new level when it introduces a “Virtual-land” of sorts when it finally implements the patented technology. Residents in Orange County and Los Angeles County, California could be some of the first to experience the technology.

How does the patent work?

The virtual world technology patent (USPN11,210,843) was granted to Disney on December 28, 2021. The new technology has three main parts: a computing platform, a tracking system, and a handheld device.

Each of these components is connected to project a virtual world based on the visitor’s vantage point.  The way this works is relatively simple. The computing platform identifies the location of the park visitor with the tracking system (i.e., think cellphone).  The computing platform projects a virtual world from the vantage point where the visitor is standing.  The visitor feels as if they are immersed in the scene. 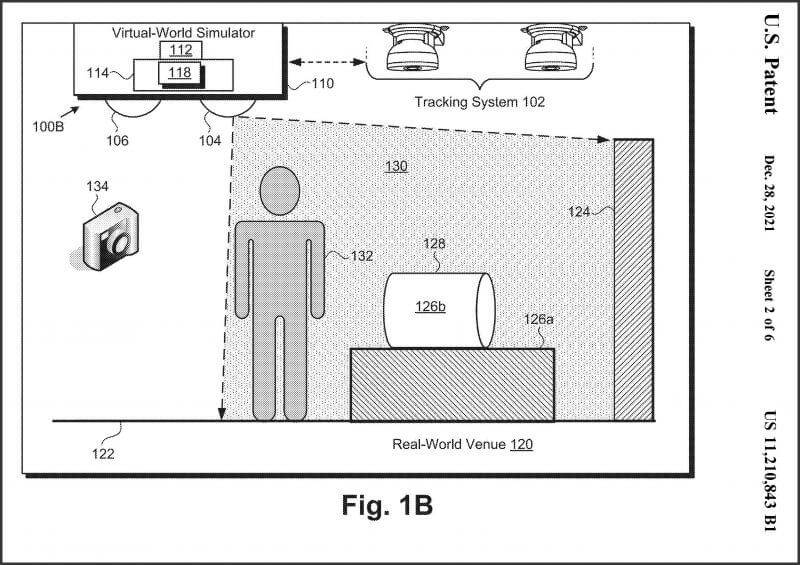 How is it different from current augmented reality projects?

While entertainment service providers have been dabbling in virtual reality for years now, Disney’s virtual world program is quite different from the existing forms of VR. Firstly, the virtual reality that Disney seeks to implement through this technology will be three-dimensional and interactive.

As visitors move through the park, they will see the “virtual world” from their vantage point. This is slightly different from traditional augmented reality technology, consisting of computer-generated images projected onto two-dimensional surfaces. Disney’s new technology follows visitors, tracks their location, and helps to generate images onto the real world as if the virtual world.

Secondly, one of the true innovations in this patent is that it is not dependent on a bulky device that the visitor has to wear on their head. Current VR programs need users to wear VR glasses or headsets to experience the new reality.

However, Disney’s patent does not require a headset and instead creates images in actual space (i.e., not on walls or screens). This makes the visitor feel like they are in the virtual world itself.

One of the biggest changes this new technology brings is creating a shared reality. While other virtual reality programs only cater to one visitor at a time, the technology that Disney has patented seeks to create a shared reality. This means that everyone will be able to see the images projected into the virtual plane. 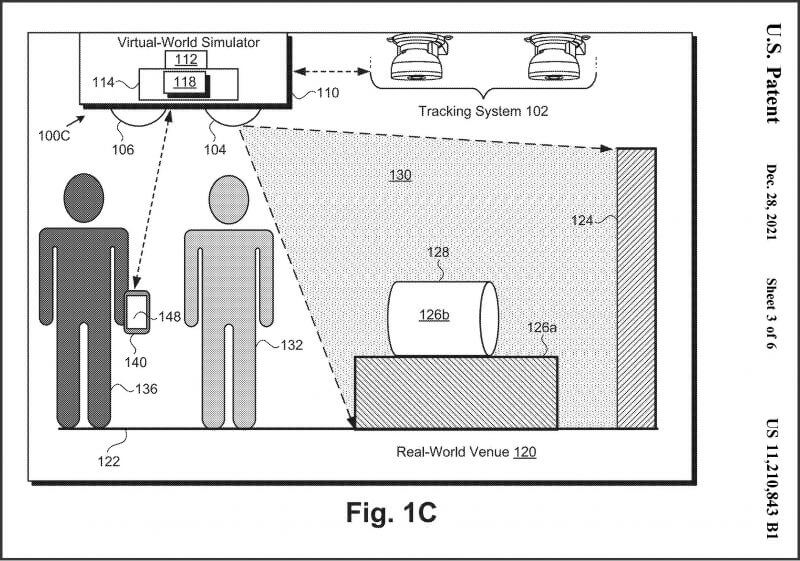 Rather than having isolated experiences behind VR goggles, this technology allows visitors to have fun with each other and interact with the virtual images together with other guests. This is one of the main reasons Disney sought to patent this technology since no other platform projects VR images into the actual space.

Disney’s aim to create a metaverse

Even though Disney’s plan for its Anaheim location is unique, other tech giants have also used similar technology. Companies like Google, Facebook, and Microsoft have created their own “meta-verse”. In a meta-verse, users interact with virtual objects and each other to have a common experience. Development in this field is taking place rapidly, which is why these companies are patenting new, meta-verse related technologies as soon as they develop them.

The importance of getting the patent first

In today’s day and age, where technology advances almost every day, securing your innovations through a patent is important. A patent ensures that the creator of the innovation is rightly given credit for it and can control who uses it and how. Disney’s patent for the new virtual world in Anaheim is a key example of a major corporation securing its intellectual property.

Even though Disney is not certain about when this technology will be launched in their California location, it understands the importance of securing patent rights. Disney applied in July 2020 but received approval in December 2021.

Even if it takes years for the patent to be granted, due to the “first-to-file” principle, the person who files the patent earlier is the one who obtains priority. The efficiency with which Disney filed the patent ensures that they are the ones who have exclusive rights to their virtual world project.