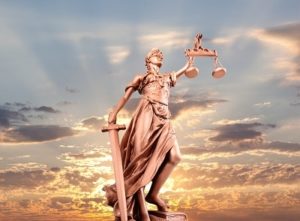 Under § 286, a defendant’s liability for patent infringement is limited to the preceding six years.  Laches used to be a defense that would cut that six-year time period even shorter.  However, in SCA Hygiene Products v. First Quality Baby Products, LLC (S. Ct. 2017), the Supreme Court held that laches is no longer a defense against patent infringement.  This means that the six-year time period under § 286 that the alleged infringer would be liable for patent infringement cannot be further shortened under the defense of laches. Nevertheless, the Supreme Court left intact the alleged infringer’s ability to limit patent infringement liability under a different theory, namely, the defense of equitable estoppel to provide protections against unscrupulous patentees.

I.  Section 286 limits damages to the preceding six years

Except as otherwise provided by law, no recovery shall be had for any infringement committed more than six years prior to the filing of the complaint or counterclaim for infringement in the action.

II.  Laches no longer limits damages to a period shorter than six years

Laches, if it was allowed, cuts short the six-year time period so as to provide even more protection to defendants against untimely claims. In SCA Hygiene, the lower court (Federal Circuit) held in a 6-5 decision that laches was available. However, upon appeal, the Supreme Court of the United States decided that laches is no longer a defense against patent infringement.

laches is no longer a defense to patent infringement.

If the alleged infringer (i.e. potential defendant or competitor) wants to resolve the dispute sooner, then the competitor may force the issue by filing a declaratory judgment action where the competitor requests the court to declare the rights and responsibilities of the patent owner and the competitor with respect to the patent. Alternatively, as the defendant attempted to do in the instant case, the defendant can attempt to invalidate the patent through a post-grant proceeding at the United States Patent and Trademark Office (USPTO).

In the instant case, SCA Hygiene (patent owner) sent a letter to the defendant (First Quality) in October 2003. First Quality (defendant and alleged infringer) responded that SCA’s patent was invalid because of its own patent, namely, U.S. Pat. No. 5,415,649 (hereinafter Watanabe patent) antedated the patent owner’s patent and disclosed the same subject matter. In July 2004, SCA Hygiene, the patent owner, requested a re-examination of its patent based on the Watanabe patent. In March 2007, the USPTO issued a certificate confirming the validity of the SCA Hygiene patent over the Watanabe reference. In August 2010, SCA Hygiene filed the instant patent infringement action against First Quality. From October 2003 to August 2010, First Quality was operating under the threat of litigation for patent infringement by SCA Hygiene.

IV.  Equitable Estoppel is still available to limit liability to a period shorter than six years