The example invention we are using to talk through the steps for writing a patent application is the Manfrotto mini PIXI tripod. 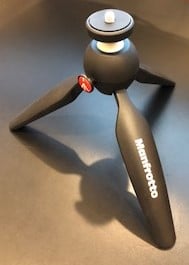 The user can quickly adjust the position of the head with the push of a button.  There is no knob to rotate.  Just push to adjust.  Release to set.

The way that this works is with a wedge.  More on this later, but you can see the wedge below.  You can see that the left side is thinner than the right side. 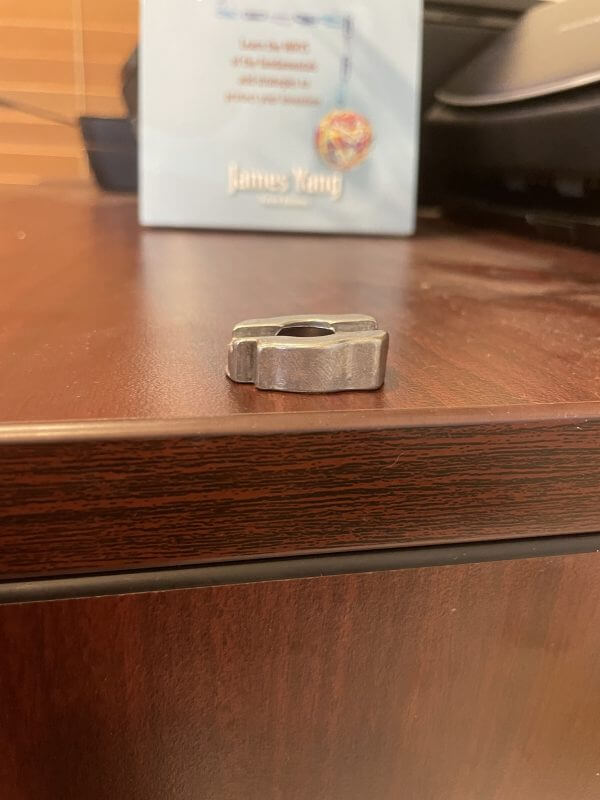 I flipped the tripod upside down and removed the legs.  From the bottom view, you can see the push button and a spring that biases the button out.  This is the locked position.  The thicker part of the wedge is closer to the button underneath the assembly shown below. 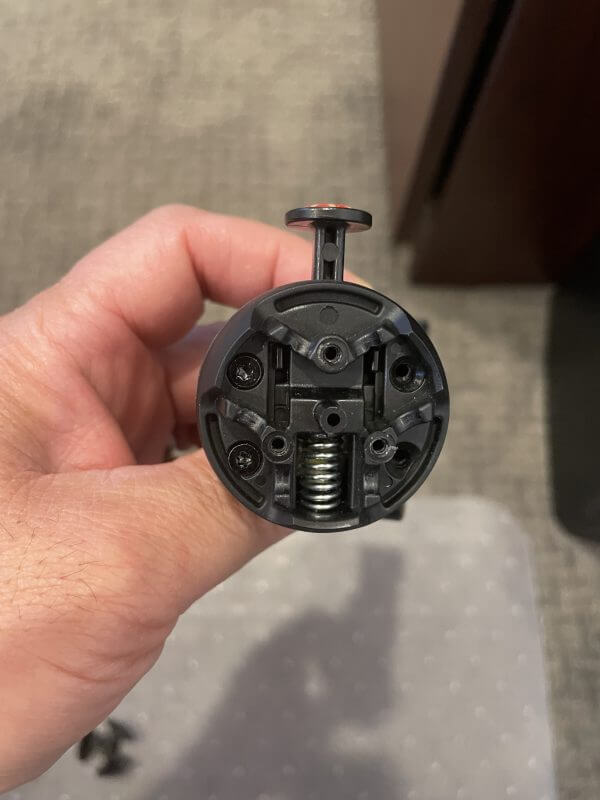 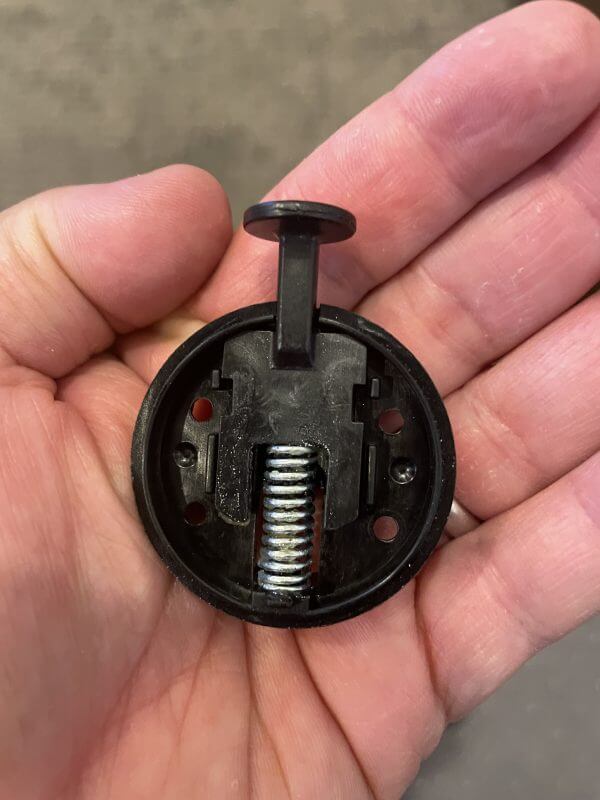 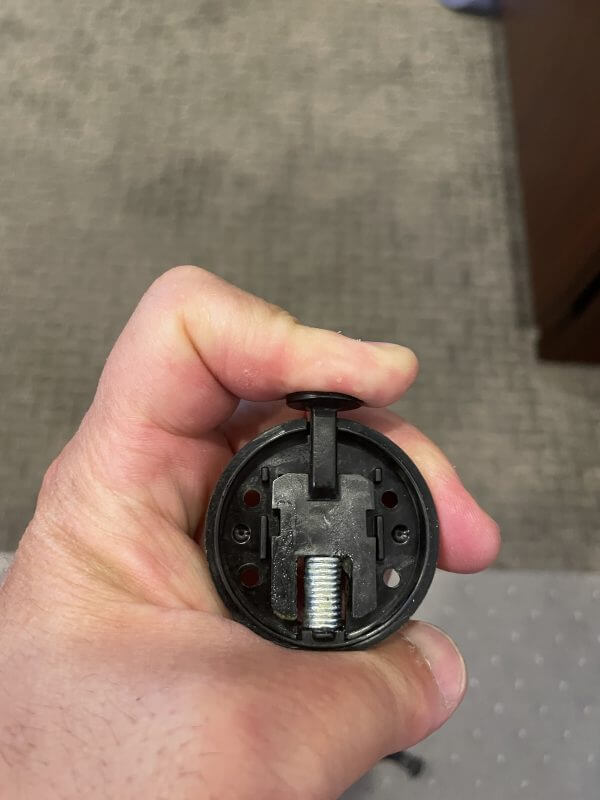 The slider moves between the two positions as the button is pushed and released.

The slider and the wedge work together to lock the head of the tripod in place or release it so that the user can re-position the head as desired.

Upon removing the assembly, you can see that a spherical ball of the head is recessed within the wedge, as shown in the picture below.  As will be further described below, the wedge is a part of the point of novelty of how the tripod works.  Upon pushing the button and keeping it depressed, the head can be easily repositioned, then locked in place by releasing the button. 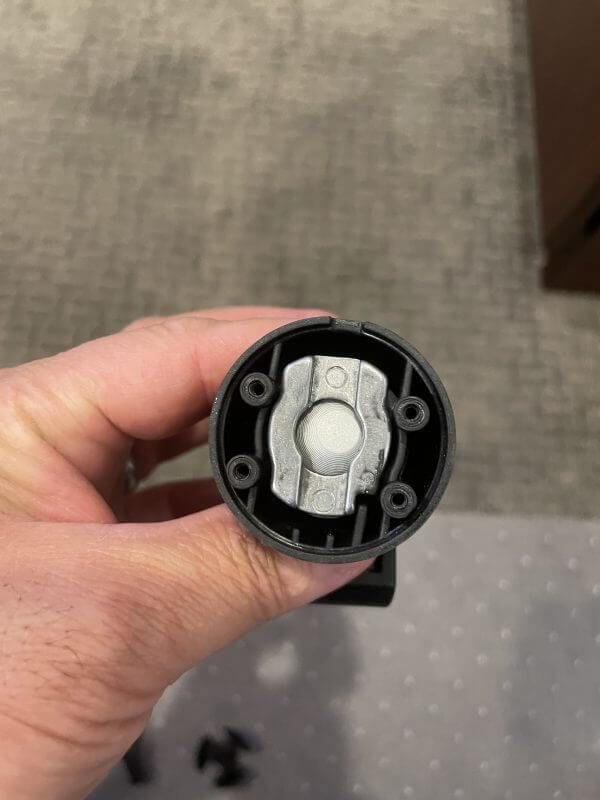 I removed the wedge from the ball.  See the image below. 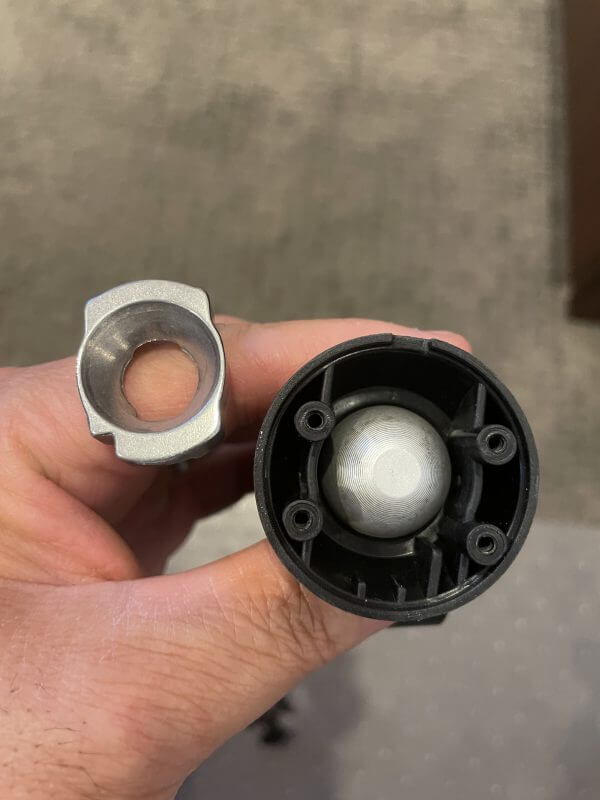 Let’s talk more about the wedge.  The wedge is shown in the picture below.