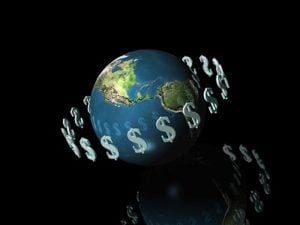 To clarify the holding, the Supreme Court emphasized that this opinion only deals with the permissibility of awarding lost foreign profits.  Lost foreign profits are not mandatory.  For example, to limit exposure, competitors are free to argue that the infringing activities was not the proximate cause of the lost profits.  In support thereof, footnote 3 of the opinion stated that “In reaching this holding, we do not address the extent to which other doctrines, such as proximate cause, could limit or preclude damages in particular cases.”  As such, this opinion is good news for patent owners but has its limits.

The specific facts of this case are discussed below.  The patent owner (Westerngeco) owns patents related to a system for surveying the ocean floor.  The system uses lateral-steering technology to produce higher quality data than prior art survey systems.  In its business structure, the patent owner “does not sell its technology or license it to competitors.  Instead, it uses the technology itself, performing survey for oil and gas companies.”

The patent owner (WesternGeco) lost 10 contracts outside of the United States because of the infringer’s activity of selling a component part and exporting such components overseas for assembly into the infringing product.  The patent owner could have made a profit of $12.5 million on those contracts, and thus was awarded that amount in damages.

Under Section 271(b), inducing someone else to infringe a patent constitutes patent infringement.

Under Section 271(c), importing a unique component especially made for a patented machine constitutes patent infringement.

Under Section 271(g), importing a product made by a patented process into the United States constitutes patent infringement.

In the instant case, the infringer was found to infringe the patent based on Section 271(f)(2) listed above. They supplied a unique component of the patented invention from within the United States which was then assembled outside of the United States into a product that infringed the patent.

Analysis of whether lost foreign profits is permissible

Now, the issue before the court was whether the infringer is liable for the lost profits that the patent owner would have made on those 10 lost foreign contracts or for something less such as the lost profits for the unique component sold by the infringer to others.  Presumably, the profit on 10 components would be substantially less than the service contract using those components.

In general, courts presume that federal statutes like the patent statute apply only within the territorial jurisdiction of the United States.  However, this presumption can be overcome which in this case it was.  The basic reason was that the type of infringing activity that was being regulated was that of “exporting” components from the United States.  The court also referenced Section 284 which sets an award of damages for patent infringement so that the damage aware completely compensates the patent owner due to the infringement.  To compensate the patent owner, this includes lost profits but also includes lost foreign profits.