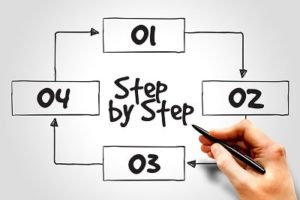 In Bascom v. AT&T (Fed. Cir. June 27, 2016), the Court  held that the ordered combination of software steps recited in the claims of the patent were eligible for patent protection (i.e., patent eligible) under Section 101. In particular, the Court found that the specific way of associating a local account and a request from the local account for filtering Internet content by a remote server was a specific application of software to a specific problem which led the Court to find the claimed software steps eligible for patent protection and not directed to patent ineligible abstract idea.

The patent (US Pat. No. 5987606) involved in Bascom related to filtering informational content so that an end-user could not view inappropriate content such as for example at work. Content filtering software existed but they were either located on the local computer which was difficult to manage on a large scale or located at a remote server which was difficult to customize for each local computer.

The patented filtering software was installed on the remote server which allowed for ease of wide-scale implementation and was also capable of associating a request for Internet content to a particular local computer thereby also allowing the benefit of individualized filtering.

Bascom (patent owner) sued AT&T for patent infringement. AT&T filed a motion to dismiss, alleging that the patent claimed invention was invalid for being ineligible for patent protection under Section 101. In such a motion the allegations in the complaint are presumed true.

The Court stated that “this case, unlike Enfish, presents a close call about how to characterize what the claims are directed to.” The Enfish court helped to reign in abuses by the courts in overgeneralizing the claimed invention to obtain to a certain result (invalidity). However, the instant case appears to take away the clarity provided by the Enfish court. In particular, this Court in conducting the two step analysis put forth by Mayo and Alice did not follow the normal sequence of step 1 then  step 2.  This Court went directly to step 2 without determining whether the claimed invention was directed to an abstract idea. The court skipped step one.

In finding the claimed invention eligible for patent protection in step 2, the Court recognized that the claim limitations individually are related to conventional components. However, as an ordered combination of steps, the combination of steps collectively was directed to an inventive concept which rested on the ability of remote servers to identify individual accounts to communicate with the server and to associate a request for Internet content with that specific individual account. The Court found that “on this limited record, this specific method of filtering Internet content cannot be said, as a matter of law, to have been conventional or generic.”