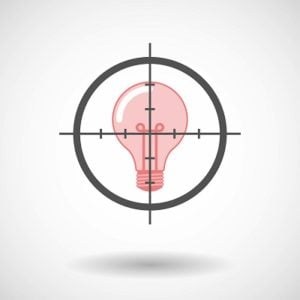 In Boston University v. Everlight Electronics (Fed. Cir. 2018), the Federal Circuit invalidated a patent claim for failing to enable the full scope of the claimed invention. In particular, the claim contemplated six (6) combinations based on two factors.  The first factor had two options.  The second factor had three options.  Every permutation between the two factors yielded six different possible combinations.  Unfortunately, the patent specification only enabled five (5) of the six (6) scenarios.  Hence, the patent claim was not fully enabled by the specification and thus invalid.

Enablement requirement: How the issue arose?

For this reason, it is important to remember that the patent application must include enough detail to enable the full scope of what you would like to claim as your invention.  Oftentimes, inventors come up with the preferred embodiment but do not consider the value of the alternate designs.  The lesson to be learned by this case is not only one of patent specification drafting but also claim drafting.

Enablement requires that the disclosure enable one of ordinary skill in the art to make and use the full scope of the claimed invention without undue experimentation under 35 USC 112.

Although the problem appears simple and easy to fix, it isn’t.  The inventor must have the foresight to envision the different combinations and answer tough questions whether all of the various combinations are enabled.

Let’s discuss the facts of the Boston University case.  The patent owner in Boston University owned US Pat. No. 5,686,738.  The ‘738 patent is directed to light emitting diodes (LEDs).  LEDs have a substrate, an n-type semiconductor and a p-type seminconductor.  The claimed invention was defined by two different limitations: “grown on” and “a non-single crystalline buffer layer.”

Grown on was construed to mean:

A non-single crystalline buffer layer was construed to mean a layer of material that is not monocrystalline, namely,

These two limitations generated six different combinations that the patent specification had to enable.  Otherwise, the patent claims would be invalid for not enabling the full scope of the claimed invention.

During litigation, the defendant’s expert testified that it was impossible to grow a monocrystalline film directly on an amorphous structure at the time the patent application was filed.  The patent owner pointed to research where others were capable doing so.  However, they were only able to do so after the filing date of the patent application which matured into the ‘738 patent.  In response, the Federal Circuit stated that:

“But the inquiry is not whether it was, or is, possible to make the full scope of the claimed device – a scope that here covers a monocrystalline growth layer directly on an amorphous layer.  The inquiry is whether the patent’s specification taught one of skill in the art how to make such a device without undue experimentation as of the patent’s effective filing date.” (emphasis added).

Gap-filling exception to enablement is limited to well known art

From a patent attorney’s perspective, the logical question after reading Boston University is whether a patent drafter must discuss every permutation within the scope of a patent claim to enable the entire full scope.  No!  The Federal Circuit explained that the patent specification does not need to disclose what is well known in the art.  “But this gap-filling is merely supplemental; it cannot substitute for a basic enabling disclosure.”  Essentially, the gap-filling carve out cannot be used to establish enablement.  If the gap-filling carve out could establish enablement, then the claim would be invalid for being not novel, or in layman’s terms, trying to claim the prior art.

Technically, the Federal Circuit does not require the patent attorney to spell out every single permutation.  Nonetheless, it is still a good idea to keep this holding in mind when drafting a patent application.  How many permutations of the invention are possible?  Have I discussed each permutation and will it work based on the words that are in the patent specification?  These are good things to strive for when drafting a patent application.  Inventor beware.  Ultimately, you are responsible for ensuring that the alternate embodiments are included.

Because the patent application must enable for the full scope of what is being sought as the claimed invention, this also increases the cost for securing a patent.  Inventors believe that their invention is very simple and should be easy to explain, thus low cost.  However, because of the need to enable the full scope of what is being sought for protection, patent attorneys when they can think of it will include alternate embodiments.  For example, a tongue and groove combination could also work if the tongue and groove are reversed.  Both should be included in the patent application.