Inventors and competitors often misunderstand patent pending.  Inventors will mark their products with “Patent Pending” thinking that no one else can copy their invention.  This understanding would be incorrect. 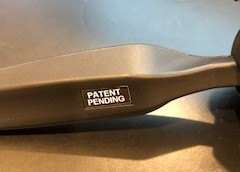 Competitors might see this and ignore the patent pending notice.  This ignorance would be foolish.

Patent pending notice is something you’ll come across in time, so it helps to know the meaning. Curious about the ins and outs of patent pending? I did extensive research to provide you the answer.

If you want to learn more about patent pending and how it may affect your creations, keep reading. In this article, I will explain its meaning, the benefits to inventors, and any potential liability to competitors. Let’s dive in. 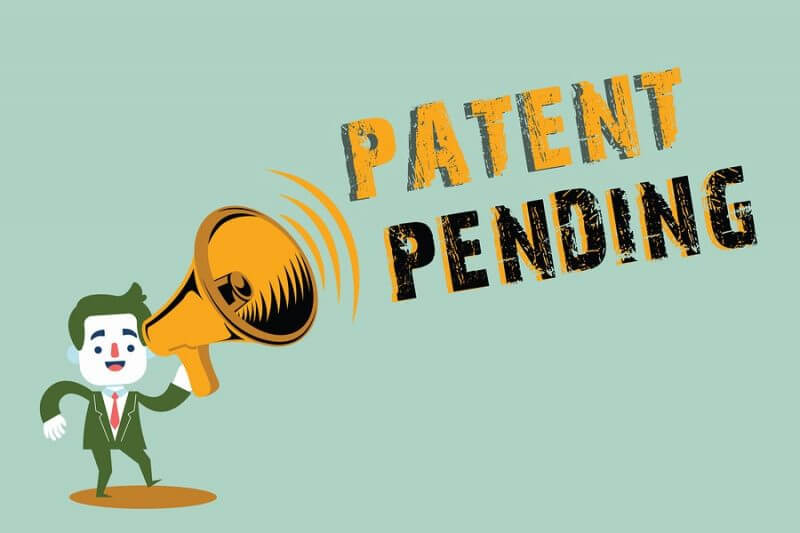 Patent pending does not mean the Patent Office has granted the patent. I do want to reiterate that because many people are confused about this point.

There is a twist.  The invention can be patent pending after the patent has granted or the patent application abandoned.

Why does this happen? It’s because there is still a patent application on the invention pending with the USPTO.  Patent pending status can last up to 21 years.

The next big question is why would you want to keep an invention pending for 21 years?  This link Broadening Patent Protection explains at least two very good reasons for maintaining pendency of the invention.

Now, let’s say that a competitor gets a hold of a product and inspects it and its packaging for any patent markings. The marking on the product indicates it is patent pending.

2. What are the advantages of patent pending?

The primary benefit of patent pending status is that it establishes a priority date for the inventor.

When you submit a patent application, you are claiming yourself as the inventor as of the filing date. Anyone that files a patent application after your filing date will not be able to receive a patent on the same invention, as you were first in line. If there is a patent to be had, you will get it.  You have priority to the patent, should one issue. The US follows the first-inventor-to-file rule and you being the first-to-file have won the race to the patent office. This scenario illustrates why it is crucial to secure a pending status as soon as possible.

There are a couple of scenarios where filing as fast as possible might be especially important.  For example, some inventors tell others about their invention before filing a patent application.  They do this for one reason or another, but in my conversations with inventors, it is to gauge market demand. The other person may like the idea and give off hints they might file their patent application.

In this instance, it is essential to try to file as soon as possible since the party that wins the race to file a patent application will get the patent. You might lose the race and the rights to the patent. Now, you can sue the other person who stole your invention, but litigation is costly and unpredictable.  My experience with clients is that they will most likely never sue anyone under these circumstances because of those two factors.

Another example is one where the inventor might be inventing in a fast-moving area of technology, such as software or cryptocurrency.  In this regard, it might be beneficial to file sooner than later.

Also, the inventor can market the invention as patent pending.  When Steve Jobs launched the iPhone, he hinted at the patent to pinch technology.  See his pitch here in this video.

In this regard, he was implying that because the pinch technology was patented, his company would be the sole supplier of this feature.

Patent marking also sends a warning to competitors. If they copy your product, they may be stopped in the future when you do get your patent.

Find out how to mark your product as patent pending.  I wrote an extensive article on patent marking.

Benefit #4: Inventor can license and sell the patent application

Bear in mind that licensing or selling patent pending technology is not very often done, but it is possible.

Caveat: A patent application is not enforceable

Just because you have patent pending status doesn’t mean you can get sue happy. If the inventor sees someone who has copied their product, then the inventor can send a stern warning that the inventor has submitted a patent application.  However, think of the warning as just a notification.  These letters often go ignored. The potential infringer has no way of verifying the inventor’s claims. Plus, they have no way to predict the probability of you getting a patent.

Patent pending-type patent protection gives priority while patent pending status in this sense holds the inventor’s place in line as of the filing date of the patent application.

Competitors are not liable for patent infringement if the application is merely pending.  Liability exists when the Patent Office grants the patent.

However, competitors can, in the future be liable for patent infringement of a pending patent application. Specific stringent requirements must be met.

In particular, a competitor is liable for patent infringement under 35 U.S.C. Section 154(d) if the following requirements are satisfied:

Patent pending status does not give inventors the ability to sue others now for patent infringement as we discussed in the last section. Thus, so long as the patent application is only in the patent pending phase, the inventor cannot tell copiers to stop copying the product.  However, they have provisional patent rights which can be enforced later on after the patent grant by satisfying the four requirements above.

If an inventor wants to maximize this potential liability, then they may request early publication instead of waiting for 18-months before their patent application is published.

However, I don’t want to blow this potential liability out of proportion.  Pre-issuance damages are a risk to competitors. However, as of yet, I’ve not seen any actual litigation on this issue. A reason for such failure is that patent claims typically change during prosecution. What this means is, the claims in the patent are generally not the same as those in the pre-grant publication. Nevertheless, in my practice, many patent applications have matured into patents without any significant changes to the claims.  Hence, the liability is real, and competitors should account for this liability in your business.

Moreover, the inventor has to send out a notice letting them know about the pre-grant publication.  If you haven’t received such a notice, you are most likely not infringing on the inventor’s provisional patent rights under 35 USC 154(d).

4. Does patent pending protect you?

Yes, filing a provisional or nonprovisional patent application establishes patent pendency. It is one of the first steps of the patent process for obtaining a patent.

6. What are the costs to get patent pending status?

The governmental filing fee to secure patent pending status is between $65 to $240 as of 2019 data.  If you retain a patent attorney, then the attorney fees to help prepare and file the patent application will run you about $7k to $15k depending on the subject matter, technical difficulties of the invention, and other factors.

Here is my extensive article on patent costs: How to get a patent? Cost Effectively and How much does a quality patent cost?

If yo/cost-effective-patent/u want to prepare the patent application yourself, then here are some resources you might consider:

7. How to search whether an invention is patent pending?

To search whether an invention is pending, you have to have some facts about the invention first. Just knowing about the product is typically not enough to locate the patent application on the invention.  You’ll have to search the Patent Office’s database using these facts as a search criterion.

The search criterion that I like to search for is the inventor’s full name or company name that manufactures or sells the product.  If the inventor’s name is common or the company name is generic, you can still locate the patent application. You need to use additional search filters.

Here is how I do it. You use the information that you have and also search by the subject matter of the invention. For example, searching for a patent application on a new software application from a company with a generic name might be difficult because there will be a large search result. You might come up with thousands of hits.  However, if you were to search for the type of game, then you will probably see fewer hits. Adding more search filters reduces the hit list to a manageable number. The more facts you can search for to find the patent, the better the chances you will be able to find the patent application if it is open to the public.

You can use the Patent Office’s database to run the search. The Patent Office’s database is the most up to date database. However, you might also consider a more natural and more intuitive design by using the search engine at Free Patents Online.  The database at the USPTO office will be current as wellas they update their databases every Tuesday night.  However, since the USPTO does not pre-release its data to the other data aggregators, the other data aggregators such as Free Patents Online are about a week behind.

Other patent data aggregators are Google Patents, Esapcenet, and pat2pdf.

Patent applications can be published earlier than 18 months by filing a request for early publication. The inventor can request early publication of its patent to get provisional patent rights for his or her invention.

8. How do you mark a product as patent pending?

US patent laws allow the inventor to mark their products as patent pending if the inventor files a provisional or nonprovisional patent application with the Patent Office. See 35 USC § 292.

Read my extension article on What are the patent marking requirements?

For example, you could label your product with the patent number along with a patent pending notice – Pat. 10,123,456 and patents pending.  This scenario occurs when you get a patent and file a continuation patent application.

The other types of intellectual property (trademarks, copyrights, and trade secrets) have their own marking system.  For example, circle c © is for copyright notice. TM or the circle r ® is for trademarks. Trade secrets are marked “Confidential” or with any other marks that indicate the confidential nature of the information.  These symbols have nothing to do with patents. Don’t use these other markings for a patent pending or patented product. Otherwise, others will not respect your rights because you will appear unsophisticated.

However, to take advantage of the provisional patent rights, the potential infringer has to have “actual notice” of the pre-grant publication. Constructive notice is insufficient to give proper notice of the published patent application under 35 USC 154(d)(1)(B).

9. How do you get worldwide patent pending status?