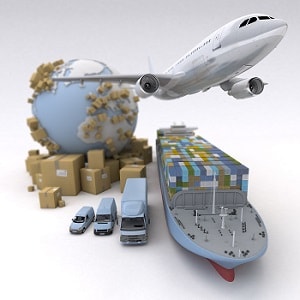 1. Process patent may be used to block importation of products made with patented method steps

Everything begins and ends with the claim set since the claims define the scope of protection afforded under the patent and to a large extent also drive the structure of the patent application. The claims are generally directed to the product or process of the use, manufacture, etc. or other related aspects to the product. Generally, the claims are drafted with the U.S. centric mindset in that the goal is to craft the claim that a competitor would directly infringe here in the United States. However, we live in a more global economy where manufacturing is offloaded to manufacturers in different countries. Patent owners can block the importation of products with a process patent which covers the patented method of manufacturing a product made overseas and imported into the United States.

One common question by inventors and companies is whether a U.S. patent is sufficient to stop the manufacture and sale of the U.S. patented product in overseas markets. The simple answer is no, because a patent issued in another country is applies only to acts that occur in that country.  In order to stop the manufacture and sale of the patented product in overseas market, the entity must file and secure a patent in that country. However, a U.S. patent is effective at stopping the importation of a patented product made outside of the U.S. Here is the nuance or clarification made in the Momenta v. Teva (Fed. Cir. 2015) case.

2. Exclusionary power of a process patent in blocking importation of products

3. Products made by the patented process overseas can be blocked from importation into the United States

The process patent at issue in the Momenta case was directed to method steps used to ensure that each batch of the generic drug met certain quality standards. The process patent contemplated manufacture of the generic drugs in batches. Samples from each batch were tested and either rejected or accepted. The defendant did not manufacture the drug but had the drug manufactured outside of the United States and subjected the drug to such quality control testing.

Two of the three member panel of the Federal Circuit defined “made by” as meaning manufacture and extending to the creation or transformation of the product, such as by synthesizing, combining components, or giving raw materials new properties. However, making does not extend to testing to determine whether an already–synthesized drug substance possesses existing qualities or properties. The quality control testing protected by the process patent did not in any way contribute to the manufacture of the product.

There are arguments to support either the majority or dissenting opinions.  This case was decided by a three member panel on a 2 to 1 split.  The dissent was not ready to draw a bright line rule that all quality control testing could be deemed not made by for the purposes of 271(g). Rather, the dissent would have made the decision on a case-by-case basis. The dissent argued that quality control in the instant case is a part of the process of manufacturing the product. The prior art used functional assays and gross physical characterization to provide quality control, whereas, the patented process utilizes low batch to batch variability in the desired structural signature to determine whether the batch would be included in the final product.

5.  Patents are good for science

One way to understand the differing viewpoints of the judges is through the lens of whether a monopoly-like right granted by a patent is good for society or not.  If patents are viewed as a necessary evil in a free-market society, then one would take a more narrow construction of the phrase made by 271(g) in order to reduce the number of infringing products and allow for more copycat products in the marketplace. However, if patents are viewed in a positive light and on balance as a system that has helped incentivize the introduction of many life-saving drugs, advances in technology and other industrial revolutions, then one would want to see the patent system be more powerful so as to further incentivize the inventing community to innovate and introduce their inventions to society.