You are here: Home / Pros and cons of securing worldwide patent protection and their steps

Let’s dive into the details. 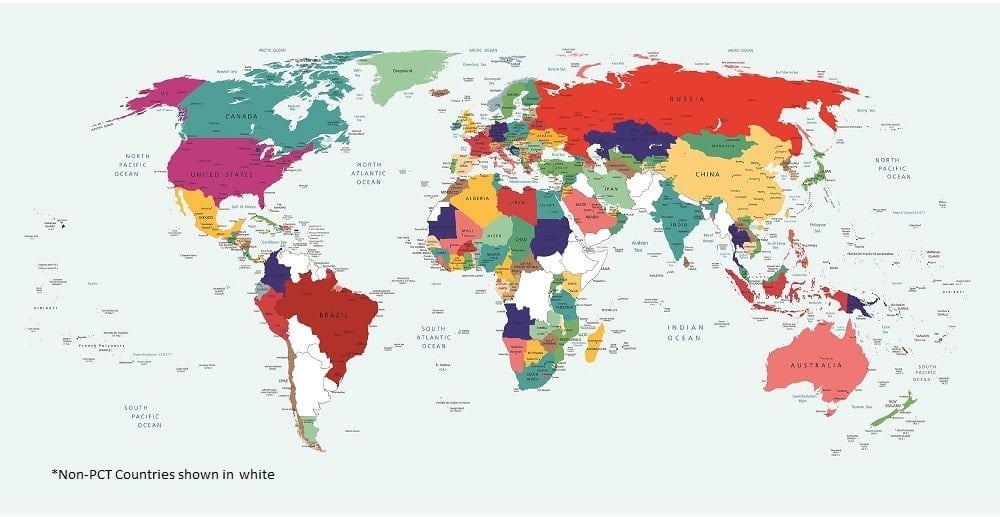 Unless you have established marketing and distribution channels in foreign countries, it is often difficult to make money there. This is why I do not advocate foreign patent protection for solo inventors and startups unless they have some good reason.  For companies (i.e., large companies) with established marketing channels or with a specific business plan, it makes sense that they would protect their inventions overseas.

One reason that a startup might want to reserve the right to seek worldwide patent protection is for potential future licensees and buyers.  These may have established marketing and distribution channels in foreign countries to make it financially smart to file in those countries. To preserve the right to file in other countries, it doesn’t cost anything at all in the beginning and it has a low cost to extend the due date to seek patent protection to a later date.

Countries in which startups like to file for patent protection

Europe is a region in which patent protection is frequently sought.  However, the costs however are very high.

When is it a good idea to seek foreign patent protection?

For multinational companies, the countries in which foreign patent protection should be sought are known and can be projected with reasonable accuracy, which is often not the case for startups and solo inventors.

For solo inventors and startups, I generally do not advocate that they seek foreign patent protection because of the significant costs involved. If they have a good reason, then I would encourage startups to incur the expense.  The reasons that I have found compelling are if the startup’s exit plan involves a potential future licensee or buyer that might consider foreign patent rights important to their business.  Future investors and licensees may find a patent portfolio more desirable if they could possibly file patent applications in foreign countries.

Even though you are a startup, at least in the beginning, I want to encourage you to preserve the right to file for patent protection in foreign countries.  The reason is that it does not cost you anything to do so.  All you must do is file a patent application on the invention before you start any marketing activities.  This reserves your right to seek patents in foreign countries for up to one year without paying any more than the cost of the initial patent application.  Later, we will discuss how to preserve the right to seek foreign protection beyond that initial one-year period.

In contrast to “absolute novelty” countries, the United States is a “relative novelty” country, because the U.S. government allows inventors to commercialize their invention for up to one year before the patent application must be filed. In other words, the invention does not have to be “absolutely,” but only “relatively” novel at the time of filing, due to the inventor’s own marketing efforts. If you are not interested in worldwide patent protection, you might think that you don’t have to file a patent application until one year after your marketing activities.  However, that is not recommended because of the First Inventor to File rule [include link].  Just remember that if you start your marketing efforts before filing a patent application, worldwide patent protection is generally waived (see Figure below). If you decide that you need worldwide patent protection after you have already started your marketing activities, then you need to understand what you can and cannot get at this point so contact a patent attorney. 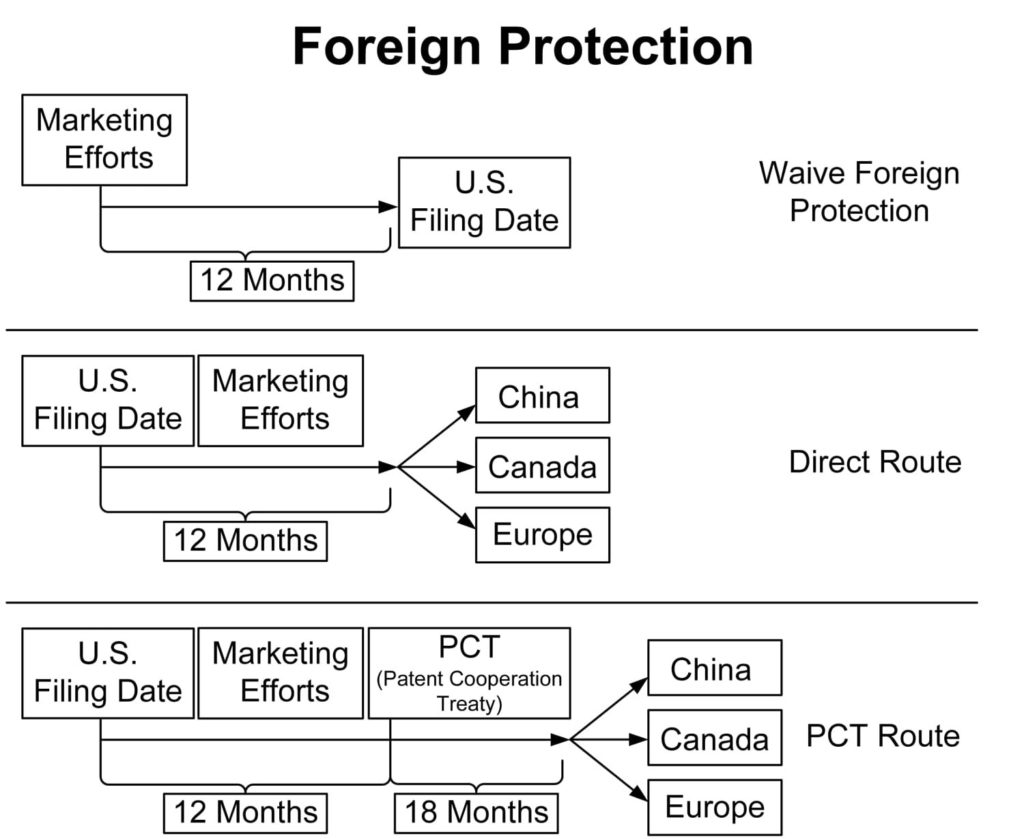 To secure worldwide patent protection, an inventor should file a patent application prior to marketing efforts, which ensures the absolute novelty of the invention.  The filing of a U.S. patent application preserves, by treaty (i.e., agreement) with foreign countries, the inventor’s ability to file a patent application in foreign countries and claim priority back to the filing of the U.S. patent application within certain statutory timelines (see figure above). This course of action falls in line with the recommendations discussed in relation to the First Inventor to File discussion and avoids any issue related to third-party actions that might block an inventor’s ability to secure patent protection in the United States under the First Inventor to File regime.

For startups, smaller companies, and solo inventors, I generally recommend a PCT application to preserve the ability of the inventor to file in multiple foreign countries. This ability and the flexibility to file in multiple countries may be a desirable option for future buyers or licensees of the invention. However, in my opinion, due to the substantial costs of filing in one or more countries, filing national-stage patent applications in individual countries would require a good reason because of their high costs as discussed below.

Worldwide patent protection is more expensive than patent protection in the United States. One reason is the cost of annuities during the national stage. Many countries require the inventor to pay an annual fee, which ranges from $500 to $3,000, to maintain the pendency of the patent application in that country. The cost of multiple annuities adds up. Moreover, the annuity only maintains the pendency of the foreign patent application. It does not grant any enforceable rights that the inventor can assert against third parties. Even after the foreign patent applications mature into patents, maintenance fees or annuities must still be paid to maintain the patent grant.

The disadvantage of keeping a U.S. patent application confidential is that the patent owner cannot collect damages for infringement that occurred prior to the issue date of the mature patent. If the patent application is published, however, the inventor can conceivably collect on infringement that occurred since publication, provided the published claims remain substantially the same as the granted claims. This is not common, however, as most claims are amended during the examination. Although important to consider, these are not usually sufficient reasons to forgo confidentially in the U.S. application process.