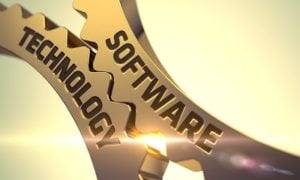 1.  Benefits of a software patent

The benefit of a patent is that it gives its owner the right to exclude others from making, using, selling, offering for sale the patented invention, or importing the patented invention into the United States. Simply put, the patent gives the owner the right to tell its competitors to stop competing in the marketplace. For the startup or solo inventor, the patent right is crucial because, without the right to exclude, larger companies can develop competing software better than startups and solo inventors.  This is especially true for software.  Larger companies typically have a better distribution channel thereby being able to out-compete the startup. With a patent, the startup may be able to force the larger company to stop competing in the marketplace and equalize the playing field with larger companies.

The courts have begun to render decisions as to which software inventions are and are not abstract ideas that may help the patenting community decipher which software inventions are and are not likely to be eligible for software patent protection. But, the courts are still in the early stages of working through the issue and the development of the law on software patents is slow.  Thus, the low allowance rate for the technical art unit that examines software may increase in the future but as to the exact point when the law will become more settled is unknown.

4.  Differences between provisional versus non-provisional applications

More information on the misconceptions about a provisional patent application can be found in the link below.