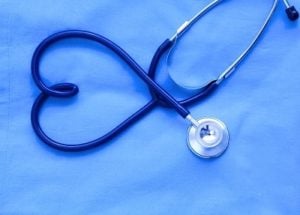 Although Vanda Pharmaceuticals Inc. v. West-Ward Pharmaceuticals (Fed. Cir. April 13, 2018) is in the field of medicine, it could be applicable to other fields as well because in a broad sense Vanda is dealing with a distinction between diagnosing a condition (ineligible) versus a method of treatment (eligible).  For example, is a method of detecting an underground leak ineligible subject matter?  The USPTO and the federal courts have yet to expand the analysis of patent-ineligible subject matter outside of the software and medical fields, but theoretically, nothing is stopping it from the expansion of its application.

Since 2014, U.S. patent laws have changed significantly regarding what is patent-eligible subject matter.  The standard advice used to be that “anything made under the sun by man” was eligible for a patent as long as the invention was novel and non-obviousness.  Now, that has all changed for some types of inventions such as with medical diagnostic tests.  The United States Patent and Trademark Office (USPTO) and the federal courts now consider diagnostic tests to be ineligible for patent as an abstract idea.

Vanda is important because:

In Vanda, the patent was related to a method of treating schizophrenia patients with iloperidone wherein the dosage range is based on the patient’s genotype.  The patent claim went above and beyond just diagnosing the patient’s genotype thought.  The claim included the specific dosage in the treatment steps:

if the patient has a CYP2D6 poor metabolizer genotype, then internally administer iloperidone to the patient in an amount of 12 mg/day or less, and

if the patient does not have a CYP2D6 poor metabolizer genotype, then internally administer iloperidone to the patient in an amount that is greater than 12 mg/day, up to 24 mg/day.

The Federal Circuit contrasted this claim with the claim of Mayo directed to a diagnostic method.  The patent claim of Mayo claimed a method for “optimizing” the dosage of thiopurine drugs by administering thiopurine drugs to a patient and measuring the levels of certain metabolites in the blood, wherein the level of metabolites indicates whether to adjust the dosage.  The patent claims of Mayo recited:

wherein the level of 6-thioguanine greater than about 400 pmol per 8×108 red blood cells indicates a need to decrease the amount of said drug subsequently administered to said subject. (emphasis added).

Let’s consider how the Federal Circuit came to this distinction.

In Vanda, the Federal Circuit recognized the specific dosage level adjustments and held that because the claims actually recited the dosage levels or how to adjust the dosage levels based on the patient’s genotype, the patent claims were directed to a method of treatment for a disease, and not to a mere diagnostic method or a test to determine a condition.  Hence, the Federal Circuit held that the patent claims for a method of treatment for a disease is eligible for patent protection.

As stated above, the dissenting opinion was written by Chief Judge Prost.  The dissenting opinion tried to, but in my opinion, failed to make his case as to why the majority was wrong.  In particular, the dissent reasoned that the patent claims of Mayo also specified the specific dosage levels and the court there held that the patent claims were ineligible for patent protection, and thus the instant claims even if it recites specific dosage levels should also be ineligible for patent protection.

For the two judges that made up the majority opinion, the issue of patent-eligible subject matter was dealt with in the first step.  The Federal Circuit never answered whether there was something more or an inventive step as required by the second step.  This is significant because once a claim is identified as being directed to an abstract idea, then in my opinion, it becomes significantly more difficult to show that the claims also recite an inventive step in the second step so that the claims are still eligible for patent protection. The inventive step by its nature requires an inquiry into what already existed (i.e., novelty) and whether the claimed improvement is an inventive step (i.e., nonobviousness).

The dissenting opinion is more interesting for what the dissent is trying to convince the other judges to agree to.  The dissent argues that the majority opinion should have held that the claimed invention in Vanda was directed to an abstract idea.  The dissent urged the majority to subscribe to an analysis where more inventions would be deemed to be directed to an abstract idea.  Because the “inventive step” standard is harder to overcome, this would mean that more patents would be invalidated compared to the approach of the majority.

However, an abstract idea has not always existed, at least by the way the federal courts are using the term.  The Section 101 framework should not look to whether an idea is new or nonobvious (i.e., inventive step) to determine if it is abstract.  This has been one of the complaints in the two-step Alice/Mayo framework.  see USPTO report on the patent-eligible subject matter. In Vanda, the dosage levels based on the patient’s genotype is new.  There is nothing abstract about the specific dosage levels.  Anyone can apply it without thinking.  It is a purely mechanical application of the relationship between the drug and the patient’s genotype.  Moreover, there does not appear to be anything abstract about identifying a medical condition as in Mayo.