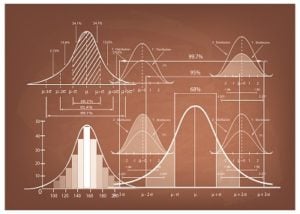 Top cities with companies focused on patenting their ideas

Which Orange County cities have the most companies focused on patenting their ideas?

Based on the categories defined by the Cooperative Patent Classification system, the top 3 industries in Orange County, California with respect to the number of patents granted are:

Side Note: The CPC is a classification system similar to the Dewey Decimal Classification.  Every patent document (i.e., granted patent and pre-grant publication) is categorized by the United States Patent and Trademark Office (USPTO) under a system referred to as the Cooperative Patent Classification (CPC).  The classification is managed by the USPTO and the European Patent Office.  The patent offices around the world have a common interest in working together to ensure that only new and nonobvious inventions are protected by a patent.  By harmonizing the databases at the various patent offices, examiners have more information at their fingertips when examining an application for a patent.

Twenty-six (26) % of the total number of patents are for medical-related inventions.  Companies that invent in that area include:

Fifteen (15) % of the total number of patents are related to computers.  Companies in that area of technology include:

10% of the total number of patents were related to communications.  Companies in that space include:

The 10 highest-patenting companies – as defined by a number of patents granted – in Orange County, California are:

Orange County has an unusual depth of innovation.  The number of patents per capita is 3 times greater compared to Los Angeles which is remarkable.  The breadth of technological innovation is equally impressive: Orange County companies are not focused only on software or computer technology as in other areas of California such as Silicon Valley. The numbers from the Patent Office (USPTO) suggest that Orange County can look forward to more innovation, expansion, and growth.