You are here: Home / Protect Inventions / File a patent application before telling others about the invention 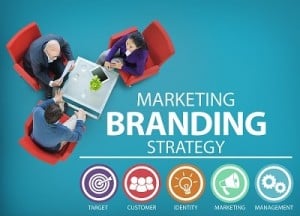 In my opinion, that would be “No!”  In 2013, the United States switched from being a first-to-invent system to a first-to-file system.  Because of this change, it is significantly more risky to tell others or market your invention to others without first filing a patent application.

For this and other reasons, if you want you want to seek patent protection for your invention, the invention should NEVER be marketed before filing a patent application.  Why do I use such strong language?  Read below for a more extensive discussion.

Technically, under U.S. patent laws, inventors can publicly market their ideas and inventions for up to one year before filing a patent application.  Public demonstrations and offers typically mark the beginning of a product’s marketing efforts.  At the one year anniversary of the start of your marketing efforts, a patent application must be filed should one wants to seek patent protection on the invention in the United States.  However, under the first inventor to file system, there are significant downsides to this strategy of launching a product if patent protection is part of the product’s launch strategy.

The date that you conceive of the invention along with due diligence in reducing the invention to practice are no longer determinative as to who will be awarded the patent.  Under the old first to invent rules, the second filer could swear behind a reference to show the examiner that the second filer conceived of the invention prior to the filing date of the first to file and was diligent in reducing the invention to practice.  Alternatively, a patent interference could be invoked at the Patent Office to determine who was the “first to invent.”  But now, under the new AIA’s first inventor to file rules, the Patent Office simply looks at the filing dates of the respective applications to determine who should be awarded the patent.

The third party was the first to file.  There are  extra downsides to the above hypothetical.  First, many foreign countries require absolute novelty which means that there can be no public marketing unless the patent application is filed.  Second, the inventor probably will not become aware of the third party’s first filed patent application until years later during examination.  In the meantime, the investor may have invested countless hours and money to market the product only to find out later that a patent cannot be obtained because the inventor’s marketing efforts allowed someone else to file a patent application.

The inventor may have recourse to secure the patent but based on the monetary investment needed to institute a derivation proceeding and the uncertainty of litigation, it appears that most inventors that find themselves in this situation would not pursue any legal action and start on another project.