You are here: Home / Archives for Patent Infringement / Patent Injunction

A patent injunction is a court order to a patent infringer to stop or modify its behavior.

One of the difficulties of securing a patent based injunction was that it was difficult to prove that the harm to the patent owner was irreparable or that monetary compensation was not enough to make the patent owner whole due to the infringement of the patent.  In Metalcraft v. Toro Co. (Fed. Cir. 2017), the Federal Circuit provided a basis for establishing irreparable harm … END_OF_DOCUMENT_TOKEN_TO_BE_REPLACED 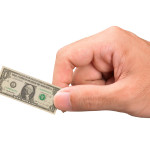 Injunctions easier to obtain for small markets The primary right granted by the government through a patent is the right to exclude others from making, using, selling, offering for sale and importing the patented device into the United States.  Thus, a patent should normally allow you to obtain an injunction stopping your competitors from infringing your patent.  Obtaining an … END_OF_DOCUMENT_TOKEN_TO_BE_REPLACED

Causal nexus required to show irreparable injury for an injunction In Apple v. Samsung (Fed. Cir. Nov. 18, 2013), the Federal Circuit upheld most of the lower court’s decision that Apple failed to show that they would be irreparably harmed if Samsung is allowed to continue selling its cell phones.  In particular, Apple failed to show a causal nexus between Samsung’s … END_OF_DOCUMENT_TOKEN_TO_BE_REPLACED

Injunctions are harder to get than ever Traditionally, injunctive relief was obtained as a matter of right in a patent infringement case.  The courts reasoned that since the patent gives the owner a right to exclude others, the patent would be rendered useless if it was not able to stop or exclude others from engaging in the infringing activity.  Then, in eBay, the U.S. … END_OF_DOCUMENT_TOKEN_TO_BE_REPLACED