Below, Advantek Marketing, Inc. v. Shanghai Walk-Long Tools Co., LTD (Fed. Cir. August 1, 2018) is discussed in terms of whether the scope of design patent protection is affected when electing a species in response to a restriction requirement.  However, the context of the parties and how the litigation arose provides insights on how U.S. companies might better protect themselves against the danger that their own foreign manufacturer would eventually compete against them.

Scroll down to the second half of this article to read my analysis of the legal issues related to election, restriction requirement and disclaimer.

How to protect yourself against your manufacturer from competing against you?

Fortunately, the U.S. company (Advantek Marketing) had secured a design patent on the product.  When the Chinese manufacturer and the ex-employee imported and sold the same product into the United States, the patent owner’s design patent was able to stop them from continuing to do so.  Below is a picture of the infringer’s product identified as the Pet Companion as well as drawings from the design patent, namely, US Design Pat. No. D715006. 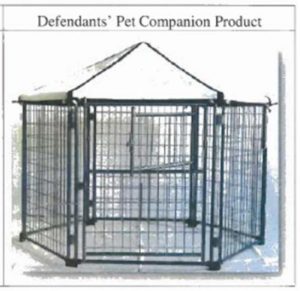 In protecting yourself against your own manufacturer, the design patent is useful because it makes it harder for the manufacturer from using your own tooling and molds to make the same product.  For the manufacturer, the cost of entry is low because they already have the tooling and molds.  Plus, they already know that there is a demand in the United States for your design because of your prior orders.  To make your product look different, they would presumably have to make new tooling which would increase the cost to enter the market.

In this sense, a design patent might be effective in stopping the foreign manufacturer from replicating your product with your own tooling and molds to sell the same product into the United States.  Moreover, because design patents are relatively inexpensive to secure compared to utility patents, design patents may in my opinion be relatively cost effective for these situations.

Does an election in response to a restriction requirement disclaim non-elected species to limit the scope of the patent claims? 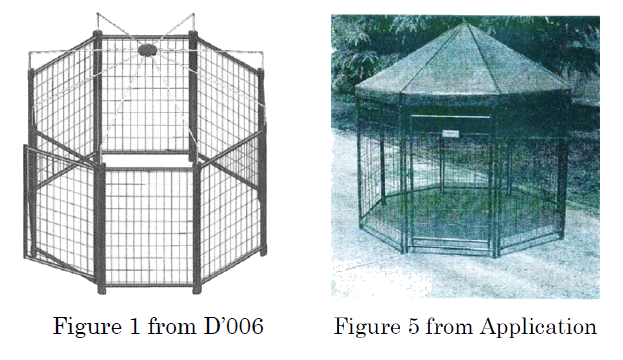 A restriction requirement is a requirement by the examiner to elect one species of the various embodiments disclosed in the patent application for examination.  See MPEP 803.  Many inventors become upset when they receive a restriction requirement.  They feel, from a lay person’s understanding, that the way the examiner is splitting up the various features, aspects, embodiments of the invention is incorrect because the various parts of the invention is really the same thing.

Not exactly.  For more information on my perspective on responding to restriction requirements, read the following articles:

The infringer (Walk-Long) manufactured and sold the design shown in Figure 2 with the cover.

The Federal Circuit disagreed.  The type of argument that the infringer was making was one of prosecution history estoppel.  Under Pacific Coast Marine Windshields Ltd. v. Malibu Boats, LLC, 739 F.3d 694 (Fed. Cir. 2014), prosecution history estoppel in design cases depends on three factors: 1) whether there was a surrender, 2) whether it was for reasons for patentability, and 3) whether the accused design is within the scope of the surrender.

Based on the third factor, the Federal Circuit found that “regardless of whether Advantek surrendered claim scope during prosecution, the accused product falls outside the scope of the purported surrender.  … A competitor who sells a kennel embodying Advantek’s patented structural design infringes the D’006 patent, regardless of extra features, such as a cover, that the competitor might add to its kennel.”